A Woman of Global Change

Through her nonprofit and her DU education, Cheyenne Hunt-Majer aims to leave her mark 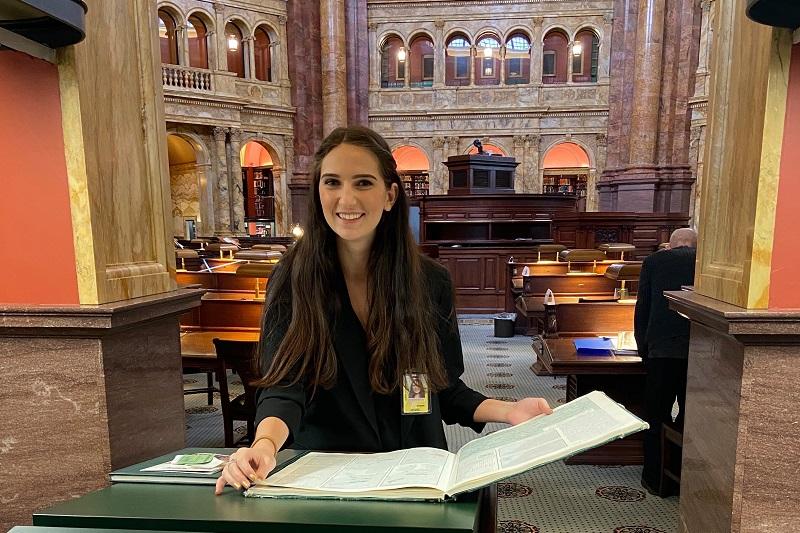 Cheyenne Hunt-Majer conducts research in the Library of Congress during the January impeachment procedures against President Donald Trump.

On Cheyenne Hunt-Majer’s first birthday, her mom presented her with a prophetic cake. “Happy birthday,” it read, “to the first lady president.”

It will take at least 13 more years before Hunt-Majer (BA ’18) can even try to live that dream — if she decides she wants to. But in the meantime, the University of Denver alumna is already laying the groundwork for a run for public office, building upon a foundation of nonprofit work and political experience.

“It was always a joke in my family that I would take an advocacy path,” Hunt-Majer says. “I rejected it for a long time. I came to DU because I wanted to be in the business school. But I’ve always been drawn to advocacy work, and I come from a long line of really strong women who did the same thing.”

Years before she set foot on the DU campus, Hunt-Majer and her mom formed a nonprofit, Women of Global Change (WGC), which Hunt-Majer still serves as youth initiative director. WGC offers free educational presentations and networking events to support and empower women in community organizing or business. 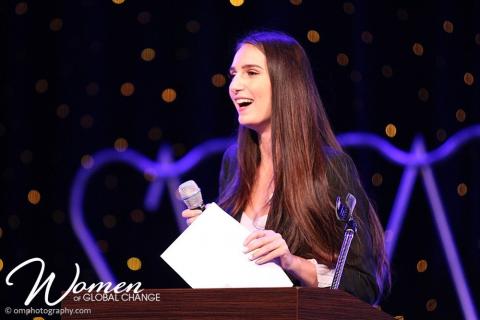 The nonprofit’s mission focuses on making change on a community level, Hunt-Majer says, whether it’s constructing housing for survivors of sex trafficking in Atlanta, funding Christmas presents for low-income women in Denver, or building a career-training center for refugees in Barcelona.

As WGC grew, Hunt-Majer continued her studies at DU. As a first-year student, she found a home within the University’s Social Justice Living and Learning Community. She switched her majors to political science and public policy, added a minor in international studies, and used what she learned to shape the way her nonprofit operates.

“It couldn’t just be voluntourism,” she says of working internationally, “just be dropping into these communities, hanging out with kids, taking pictures, dropping off supplies and leaving. We really needed to do something that was empowering them to carry on long after we were gone. And I think my time at [DU’s] international studies school really opened my eyes to the need for someone to go out there and do it differently.”

Immediately after graduating, Hunt-Majer enrolled in law school in her home state of California. In her mind, there was no question. “I knew that if I wanted to write the laws [one day],” she says, “I should definitely read them first.” 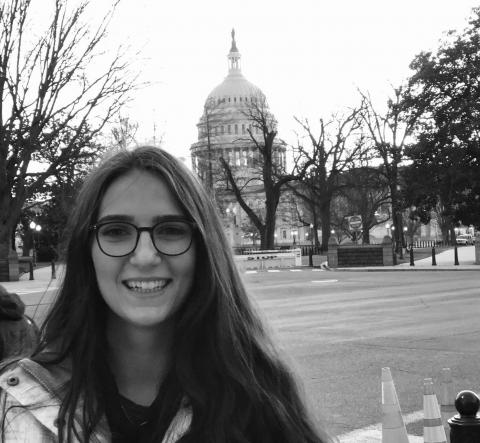 During this spring’s semester in Washington, D.C., Hunt-Majer found herself in the middle of one of the most pivotal legal fights in the country’s history. As a senior law clerk on the Senate Judiciary Committee, she worked with Minnesota Democrat Amy Klobuchar throughout the course of President Donald Trump’s impeachment trial.

Through the weeks of testimony and argument, Hunt-Majer performed legal research for Senate briefings, researched potential arguments, developed talking points, issued press releases and watched “every second” of the hearings and cable news coverage. The hours were long, sleep was scarce, and emotions ran high. And in households across the country, Americans voiced their dissatisfaction with the political system.

“I would start to get really disenchanted, and then something would happen and I’d have hope,” Hunt-Majer says. “[The impeachment proceedings] made me want to get more involved in the system, because I see how much damage has been done. The dysfunction in the Senate [changed from feeling] heartbreaking to [realizing] the privilege of my education. Why can’t I fix it? Why would I not strive to be involved?”

Hunt-Majer says she wouldn’t be surprised if she finds her way back to Capitol Hill after her law school graduation in 2021. But she also wants to stay in California, building trust, planning a run for office and managing her nonprofit.

She says the more life experience she has gained, the more she reflects on her time at DU.

“I’m realizing that it really was formative for me,” she says. “Anybody that was a part of that [social justice] LLC can tell you that you are empowered to advocate for the causes they’re passionate about. I think that made me someone who is much more willing to speak up.”