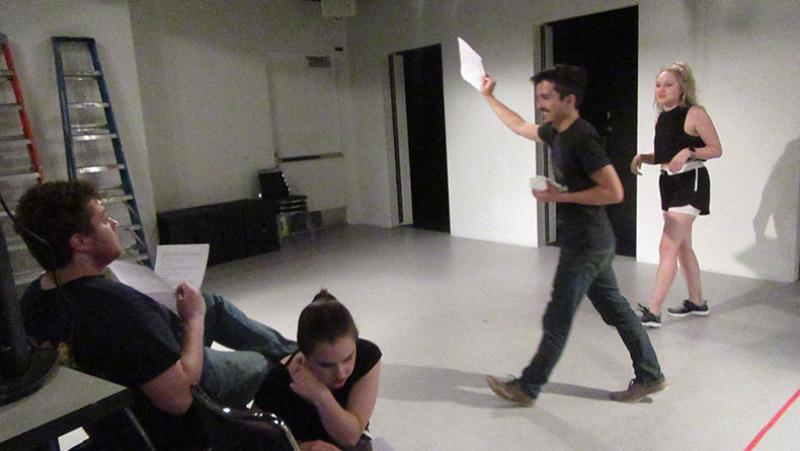 “Tony!” comes a shout from offstage. “Where’s the vomit bucket?”

Director Tony Ryan chuckles and cracks a broad grin before a rehearsal of #BESTYOU. He glances at the startled writer sitting in. “You didn’t know what kind of show you were getting into, did you?”

Few works are as energetic and interactive as the premiere original composition from Pipedream Productions, a troupe created by and composed of alumni from the DU Department of Theatre. Over the course of 75 colorful, yet dark, minutes, three fictional YouTube personalities outlandishly battle one another — and in many ways, themselves — to come out on top of a game show that asks: “How far would you go to be the best?”

Not listed in the program, however, are the most critical cast members: individuals from the audience that #BESTYOU relies on for its boundary-pushing brand of an ancient art form.

It is Pipedream’s mission to foster that connection. #BESTYOU feels almost like a choose-your-own-adventure book. The audience plays a part in the outcome, which varies each night. Not only can attendees expect to be called onstage, they can prepare for their insecurities to be (anonymously) mined and magnified as the show explores the skewed worldview that stems from social media use.

“These social media stars define our social society and standards and norms,” says Lexie Robbins (BA ’15), who wrote and acts in #BESTYOU. “And yet, they are just as flawed as everybody else, which is what the show really is about: dismantling this idea of perfectionism and dismantling this idea [that] what people put out there online is truly themselves.”

When Ryan and Robbins entered the DU theater program, they had aspirations of becoming great actors. So, too, did Trevor Fulton (BA ’17) and Ashley Campbell (BA ’17), who, though acting in #BESTYOU, serve as Pipedream’s executive director and associate artistic director, respectively. However, in college, all four found non-acting niches in the theater world. Credit, they say, goes to DU’s comprehensive focus on all aspects of the art, everything from lighting and sound design to costuming and stage management. As they progressed through school, Robbins drifted toward playwriting; Ryan looked increasingly toward directing.

In 2016, he created Pipedream as a vehicle for hands-on theater experience. While producing his first show, he turned to his former classmates and friends to pull it all together. From that first production, they were hooked.

The four, plus director of operations Sara Sachs (BA ‘16), all have full-time jobs, but devote significant time to taking plays from script to stage. They sink their own money into sets and costumes, usually counting on ticket sales for reimbursement.

As a trade-off, Pipedream has provided the freedom to focus on themes its members deem underrepresented in the performing arts. In the past, for example, its shows have centered on suicide and immigrant race relations. DU’s study abroad program and on-campus curriculum exposed each of them to new methods of producing the art they love.

“I can’t imagine now being in Pipedream and doing ‘regular’ theater,” Fulton says. “It would just drive me crazy. The ability to create the works we want to create and show that to audiences is great.”

Campbell, the associate artistic director, agrees. “Not only do we want to work with young artists, but I think we want to reach a younger audience than other companies in Denver,” she adds. “And I think the way to do that, as we’re discovering, is blurring those lines between the stage, because us millennials and Gen Z are really into that instant gratification and really being a part of something rather than just enjoying.”

Which brings us back to the nontraditional #BESTYOU, playing in the JMAC Studios White Box Theatre Aug. 9-Sept. 1. The alumni are proud to be debuting their first original production on the campus that gave them their start and that has provided unmatched support along the way, particularly from associate professor Steven McDonald.

“We could think of no other place to do it,” Ryan says. “We all came from there. DU was our breeding ground. It’s a nice thing to have a theater degree and know how to make money with it and know how to have fun with it.” 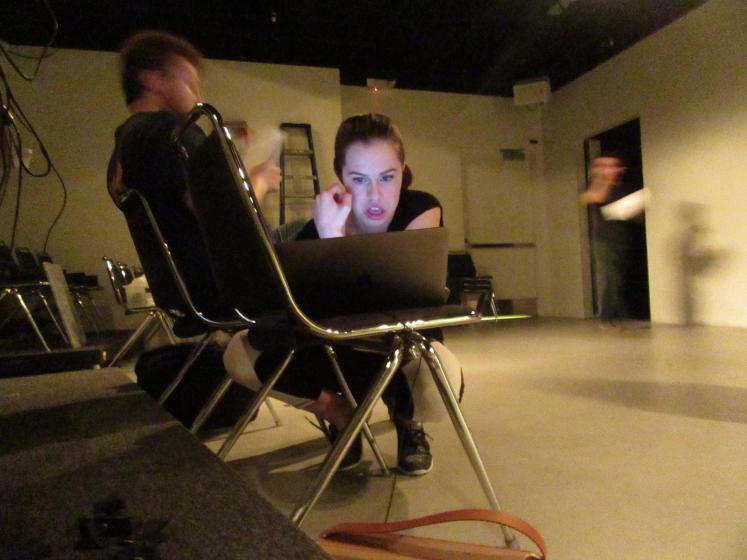 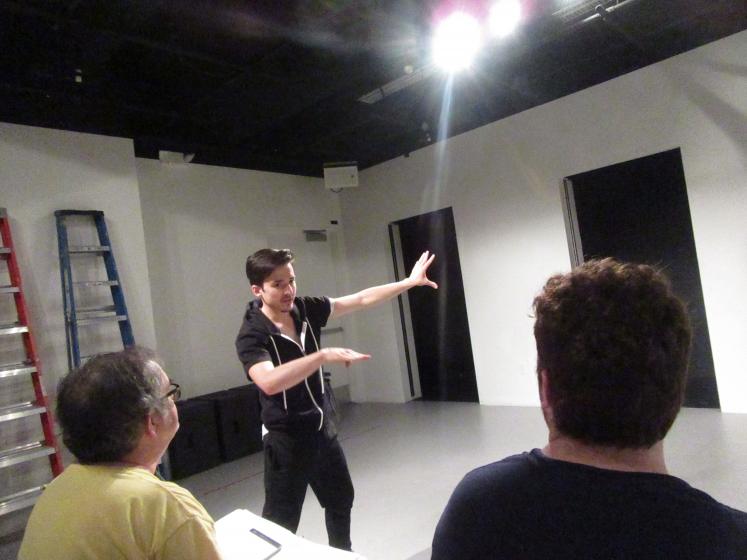 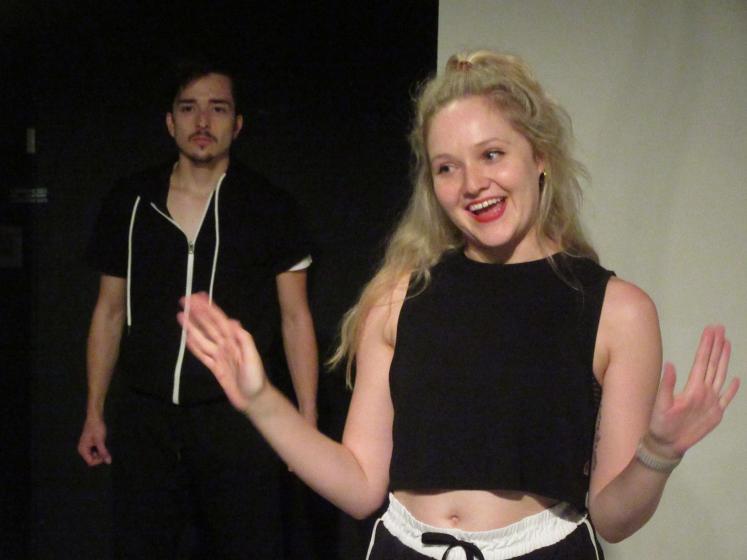