As the name suggests, things in Big Sky, Montana, are, well, big.

The resort of the same name, with its 5,750 skiable acres, is the largest in the United States. A new, $416 million ultra-luxury five-star lodge, Montage Big Sky, is set to open next year. Following close behind: the country’s first One&Only, which markets itself as an exclusive and opulent vacation experience in the world’s most beautiful locations. 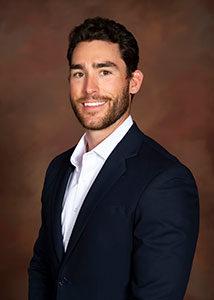 Talk about a big stage for recent University of Denver graduate David Winsor (BSBA ’19, MS ’20), who is working as a project engineer on the next attractions to hit the booming mountain town.

“It’s amazing,” Winsor says. “It’s an ecosystem where I, as a total newbie, get to talk to everyone involved in the project, from the trade partners to the owner, the top dog that’s bringing the $400 million check. It’s an experience that is uncanny.”

The Boulder-raised kid who dreamed of playing lacrosse at DU (and did, as a goalie and defensive midfielder) could hardly have imagined he would be playing a part in such a high-profile project. Until he graduated with a marketing degree from DU’s Daniels College of Business, construction had hardly crossed his mind.

With a knack for painting (he finished one class shy of an art minor), Winsor originally eyed architecture school. A few connections pushed him toward the Franklin L. Burns School of Real Estate and Construction Management, and Winsor never looked back.

At first, Winsor says he didn’t know why he was interested in construction management, so he took it upon himself to talk to as many industry professionals as he could. Working his Daniels contacts, he estimates he sought advice from at least 30 different people.

“The No. 1 thing that I learned was that the best developers have real construction backgrounds,” he says. “They’ve done years in construction and learned how a building is built and how it’s built the right way. I want to excel in this built environment world, and the best way to do that is to truly understand the details of a building first and then slowly grow to see more of the big picture and how everything comes together larger scale.”

In his role at Suffolk Construction, the group behind the Montage and One&Only projects, Winsor is rotating through the company’s career start program, lending a hand in a variety of areas. As a project engineer, he is responsible for problem solving, dealing with project constraints and making sure all involved are on the same page. He’s taken a more prominent role in the Montage’s $1.5 million roof project and has spearheaded procurement scheduling and construction of the resort’s planned pool grill area.

Winsor credits the Burns faculty with preparing him to shoulder the load. Their real-world experience and connections to the industry proved invaluable. His classmates, he adds, became friends and mentors.

“The Burns School acts as a family,” he says. “I think the ability to talk to as many people as I was able to made my understanding of what I wanted to do and the construction world much easier once I got here.”