A Partnership and a Legacy 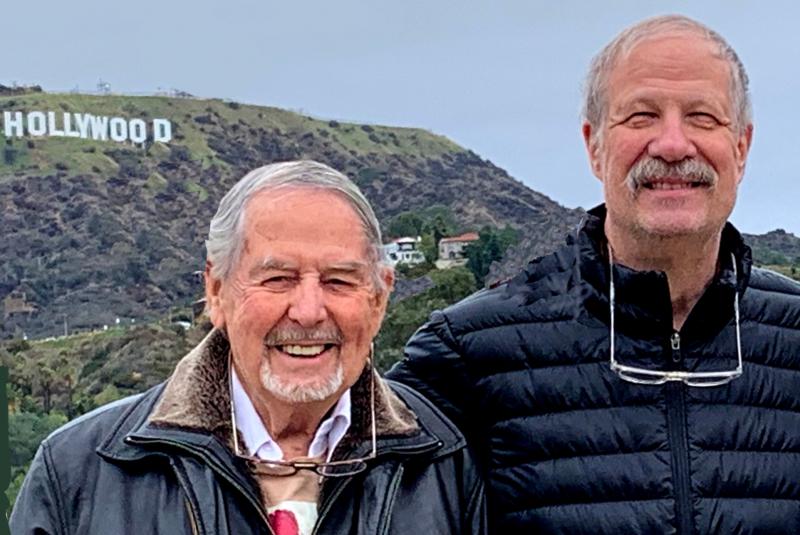 Michael Pulman, PhD, University of California, Berkeley, and Eric Lindstrom, MD, School of Medicine at Washington University in St. Louis, Missouri, wanted to make an impact on the study of human sexuality in ways not possible in decades past. Now, through a gift of $3 million, they are making that difference at the University of Denver.

With their gift, the couple is creating an interdisciplinary chair — an endowment — in the College of Arts, Humanities & Social Sciences to focus on human sexuality, and in particular, the cultural impact of homosexual individuals. As Pulman and Lindstrom say, many contributions by homosexual individuals throughout history have, until recently, gone unrecognized.

The chair will reside in any department in the college, and the academic’s work could involve research and studies in history, arts, literatures, and many other connected fields in the humanities and social sciences.

“We believe our investment in DU will provide the platform for studying artists and others, living and dead, whose sexuality has been central to their driving force and their path to achievement for the betterment of humanity,” the couple says.

The two have enjoyed long-standing and meaningful connections to DU: Pulman was a professor of history at DU from 1971 to 1991 — an experience he counts among the greatest in his life — and Lindstrom has a three-year association with the Lamont School of Music through his avocation as a jazz musician.

During Pulman’s early tenure as a faculty member in the 1970s, he approached the chair of the history department about teaching a course on sex in history, but the idea did not gain traction. Several years later, he actually did teach a class on love, sex and marriage in medieval and modern England focusing on the Angevin dynasty and the Bloomsbury group. The course was extremely popular — so popular, in fact, that when Pulman later revisited the course he had originally proposed, the chair agreed. By the late 1970s, changing cultural times had led to an understanding that human sexuality was a valuable topic of study.

Shifts in time and culture present an increased opportunity to teach and research in the field, which is exactly why Pulman and Lindstrom, who are married, created this new chair. They intend for the faculty member who holds the chair to demonstrate through their work the many ways that homosexual individuals’ contributions to history, art, psychology and a host of other fields have advanced humanity throughout history.

“This gift is important not only academically, it also helps us advance the cultural environment at DU as our community engages more and more intentionally in conversations around gender and sexuality, as well other issues of identity,” says Chancellor Jeremy Haefner. “Our conversations are enriched when we can view the experiences of ourselves and others through the lenses of history and science and other subjects. This gift will have a lasting impact on DU.”

Danny McIntosh, dean of the College of Arts, Humanities & Social Sciences, sees the interdisciplinary chair as a boon for students and scholarship.

“With this gift,” he says, “Michael and Eric build on their generosity and connections to DU. Supporting a faculty member in the area of human sexuality will contribute to the breadth and impact of scholarship in our college and be a valuable resource for student learning for years to come. This demonstrates their vision and support for what matters most for a university.”

Lindstrom and Pulman’s recent gift to the University follows many years of contributions to DU. Lindstrom’s generosity to the Lamont School of Music sparked arts and technology initiatives at DU, and he also has funded scholarships and student travel funds in Lamont. While his profession was as an internal medicine physician, his expertise and passion as a jazz musician on trombone and keyboard have fueled a three-year-long association with Lamont.

Pulman long ago established a history scholarship in memory of Raymond Calhoun, his late partner who died at 44 from leukemia. Calhoun had a master’s degree in library science from DU. While the original scholarship was named solely for Calhoun, and endowed under the terms of his will, after some time, Pulman was able to have it renamed for both of them: the Calhoun Pulman Scholarship in History. Pulman also made a significant gift of artwork to the University Art Collection from his collection with Terence Tarr, his colleague in the history department and second partner for 39 years. Pulman also established a named scholarship in history in memory of Tarr, who died in 2011.