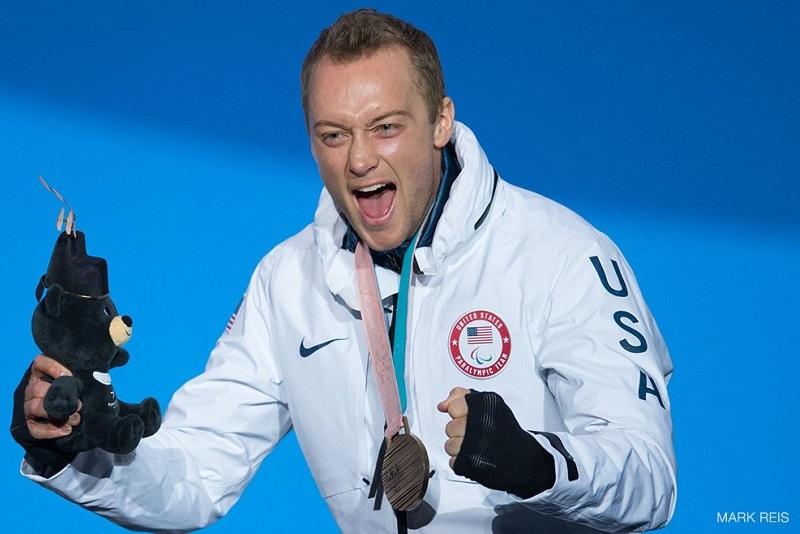 It’s been nearly a year since Jamie Stanton (BSBA ’17) stood at the bottom of a ski hill in PyeongChang, South Korea, chest heaving, eyes cast toward the electronic scoreboard. He still can’t find the words to describe the feeling, realizing he won a bronze medal at the 2018 Paralympic Games.

Far easier is talking about his graduation from the University of Denver and its Daniels College of Business last fall with a finance degree, and the dream job that followed as a Wall Street analyst at Citigroup.

For the first time in a long time, the sport that defined Stanton’s life is taking a back seat. His long, 12-13 hour days are spent at the liquidity and investments desk instead of on the slopes or in the gym.

“Now it's another passion that's taking up my time,” he says. “I like the fast-paced environment. You always have to be on top of your game. I thrive off the energy.”

New York City has provided the competitive fuel that has always driven the Detroit-area native to outperform his peers, despite the fibular hemimelia that cost a six-month old Stanton the lower half of his right leg. Always, he says, his disability has defined him — because he wanted it to.

“I think it's something my parents taught me a lot about,” he adds. “Like, ‘OK, these are the cards I've been dealt and there's nothing I can do about it, so let's make the most of it. I'm proud to be who I am and look the way I do and I think that's made me into the person I am today.”

A bronze medalist. A Wall Street financier. But above all, Stanton says, he is a DU alumnus. Despite his world-class accomplishments, he still lists the Willy Schaeffler Scholarship — named for the legendary Pioneer ski coach — as the most important thing that’s ever happened to him.

“It's even more important today than it was several years ago,” he says. “Without that scholarship, who knows if I ever would have moved to Colorado, ever had the opportunity to work my way up to the national team and get a good education from the University of Denver, get a good job on Wall Street. There's so many 'ifs' but I think that the Willy Schaeffler Scholarship was the one thing that brought everything together and allowed me to pull off everything I've done so far in life.”