DU Alum Nominated to Serve as Ambassador to Norway 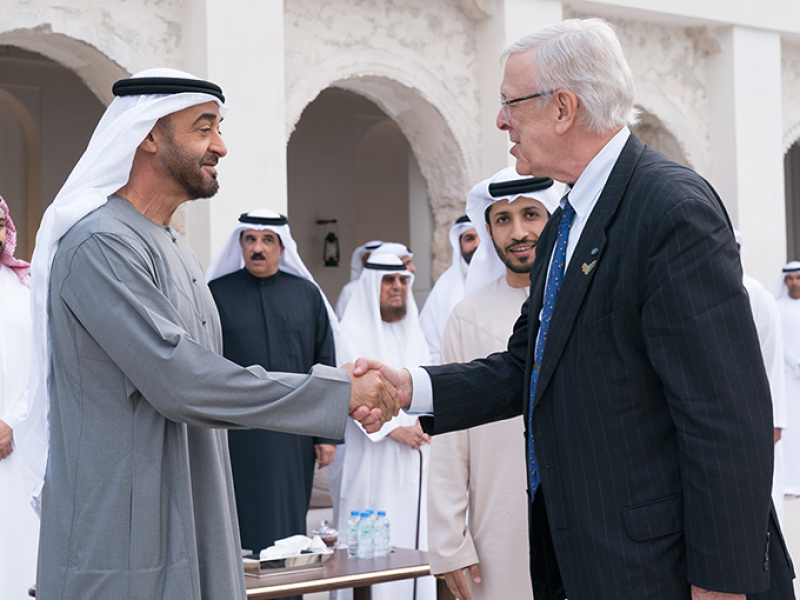 In summer 1966, Marc Nathanson joined DU professor Robert Eckelberry on an adventure to Norway, Sweden, the Netherlands and more, as part of a course on Scandinavian government. To this day, he considers the Norwegian fjords the most beautiful place on Earth.

Now he’ll have the opportunity to return to the country in a new capacity. Nathanson recently was nominated by President Joe Biden to serve as ambassador to Norway. Though the appointment has not yet been confirmed by the Senate, Nathanson is honored to have been tapped and grateful to see his DU journey come full circle.

“It's all because of the University of Denver,” he says, noting that his alma mater sparked his interest in both Norway and international relations more broadly.

Nathanson began his tenure at DU studying media, but later changed his major to focus on political science and international relations. He even audited a class with Josef Korbel, for whom DU’s Josef Korbel School of International Studies is named. Nathanson met his eventual wife, Jane, during a freshman speech class. She would later go on to serve on the DU Board of Trustees from 1989-1993. 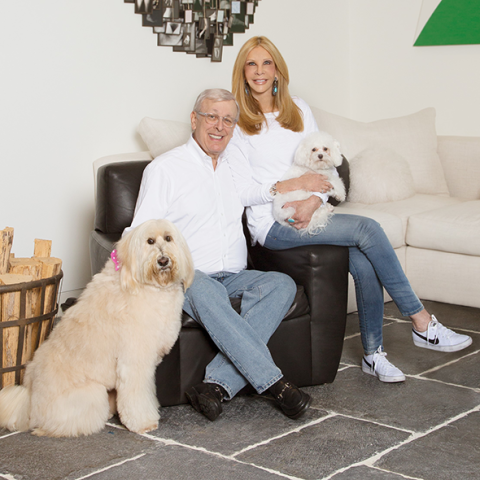 After earning a master’s degree at another institution, Nathanson began working in cable TV and ultimately founded Falcon Cable, where he had the opportunity to build the business internationally. In 1999, Nathanson sold that company and joined another venture. That’s when he began dipping his toes further in international waters. President Bill Clinton appointed Nathanson to join the Broadcasting Board of Governors, today known as the U.S. Agency for Global Media. For seven years, Nathanson served as head of that agency, working to inform and connect people around the world in support of freedom and democracy.

Since then, Nathanson has held numerous positions that have provided the depth of experience necessary to take on this new challenge. He’s currently vice chairman of the National Democratic Institute and serves on the board of the Aspen Institute, alongside its chair, former Secretary of State Madeleine Albright, daughter of Josef Korbel. Nathanson also serves on the Council on Foreign Relations and was on the board of Honolulu’s East-West Center.

Pending Senate confirmation, Nathanson looks forward to securing the relationship between the United States and its valued ally, Norway.

“What I plan to tell the senators at my hearing for confirmation on the Senate Foreign Relations Committee is that the Kingdom of Norway is a critical NATO ally and a valued partner in promoting our shared values of democracy and common interest across the globe,” he says. “And if confirmed, I’m committed to strengthening this close cooperation between our government and the partnerships of our people.”

In addition to fostering relationships abroad, Nathanson is also committed to collaborating with DU. He plans to revive the Marc Nathanson Fellowship in the Korbel School next year, to provide students with the same experience and inspiration he found at the University. Korbel Dean Fritz Mayer considers the partnership an exciting way to enrich the student experience at DU.

“Marc’s generosity has created fabulous learning opportunities for Korbel students over the years. We are so grateful for our ongoing partnership and eagerly look forward to the next chapter,” Mayer says. “And what a great choice to be U.S. ambassador to Norway. Marc is such an inspiring example of a DU alum giving back both to this University and to our country.”