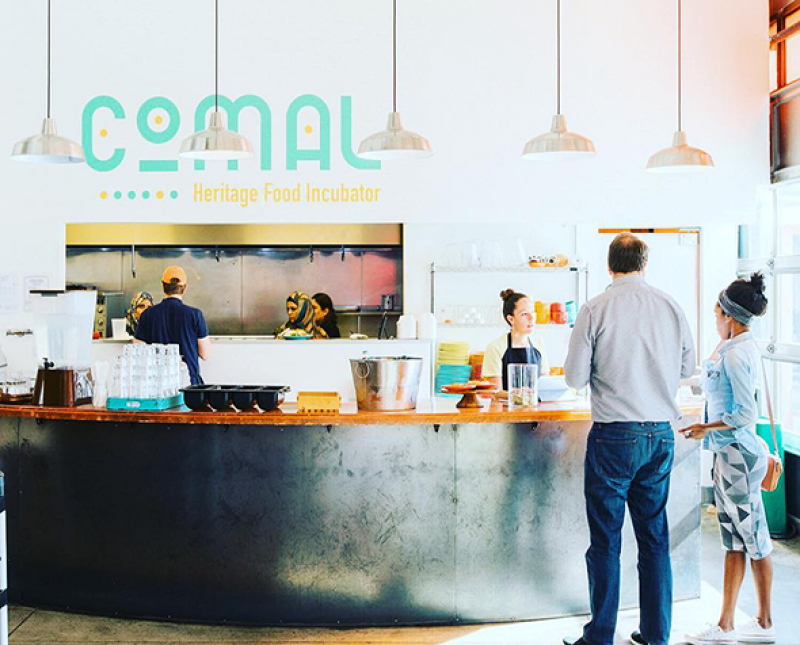 When Denver’s Focus Points Family Resource Center decided to open a restaurant to help low-income women get experience working in food service, they went all in. The goal, the organization decided, wasn’t to train Latina and refugee women for jobs in the restaurant industry — it was to create an “earn while you learn” program that gave women the experience and the capital they needed to open their own restaurants or catering companies once they completed the course.>

“The most beautiful thing about this place is that the idea was completely community-driven,” says DU alumnus Matt Vernon (MBA ’15), general manager of the Comal restaurant and training center in north Denver. “It was a group of women from the community who had been coming to Focus Points for other services and said, ‘We cook for our church, we cook for our friends and family, we basically do catering, but we want to grow and start real businesses.’” 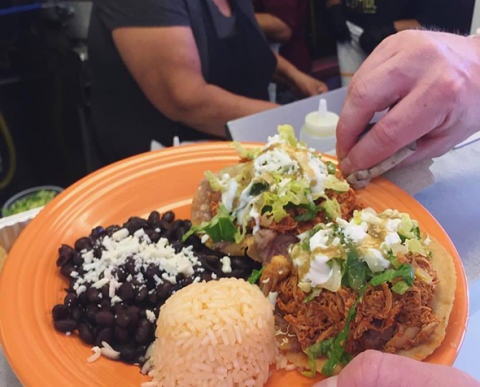 With that as its starting point, Focus Points teamed with local chef Tim Bender and real estate company Zeppelin Development, whose TAXI business park had just lost its resident restaurant. Together, they relaunched the space in 2016 as Comal, a restaurant incubator where community members — primarily from the Globeville and Elyria-Swansea neighborhoods — learn everything from food-safety practices and knife skills to budgeting and marketing as they work toward opening their own businesses. Open for lunch five days a week, Comal serves authentic Mexican food Monday through Wednesday, Mexican and Ethiopian food on Thursdays, and Middle Eastern food — prepared by refugees from Iraq and Syria — on Fridays.

The workers earn $15 per hour to start, and once their skills are sufficiently honed, they join Comal’s catering team, which is where the real earning begins — 60 percent of the gross food charge on each catering invoice is split among the women who work the event.

“Catering is a little over half of our revenue stream,” Vernon says. “So it’s a really awesome way that we’ve been able to increase the access to capital for the ladies for their own businesses. We’ve had caterings for $10,000, $11,000, and events up to 15,000 people. Sixty percent split among three or four people makes a huge difference to somebody who was making $5,000 or $10,000 a year the year before.” 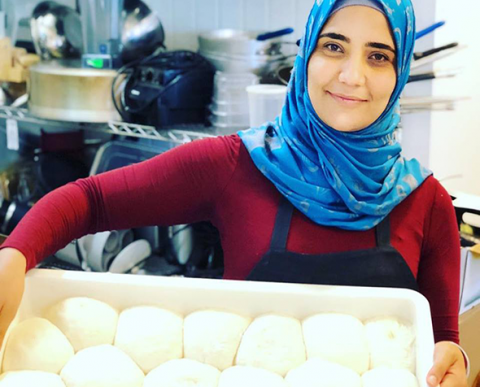 Comal also offers classes in marketing, accounting, finance and social media strategy to get trainees up to speed when it comes time to open their own businesses. Currently there are 14 women in the program, which takes about 18 months to complete.

Vernon, too, has received valuable experience from this project. Before coming to Daniels, he worked restaurant jobs in Chicago. And as an MBA student, he was part of the DU team that launched the Honest Stand line of vegan dips. But the Comal job has offered great training for a side of the business world he didn’t learn about in school.

“This has been a perfect learning experience in how nonprofits work,” he says. “It’s incredible the Herculean effort it takes to do something that sometimes feels small, but then some days feels so incredible and awesome.”

He also says he is grateful for the reception Comal has received from customers and the local community — including a shout-out from the city’s alt-weekly newspaper.

“It’s nice to walk in and get, according to Westword, the city’s best Middle Eastern that’s open for three hours a week,” he says. “[As a customer,] not only do you get to know the women; your money is going to their future development. When you walk in and you spend money here, you know where it’s going and you know why it’s going there. It’s not like it’s a $50-a-plate charity dinner. It’s lunch.”