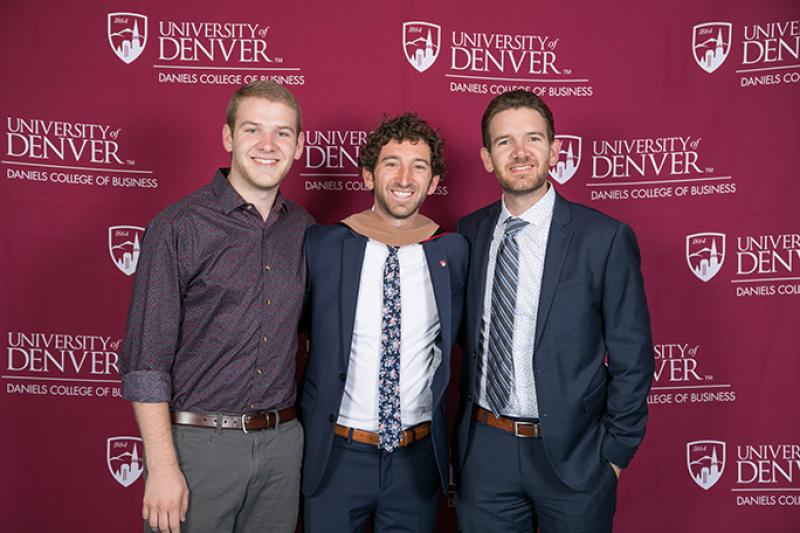 Walking the cobblestone streets of Trieste, Italy, with his Daniels College of Business MBA cohort, Jordan Wehe (MBA ’19) couldn’t help but marvel at the way the locals enjoyed their coffee. “In Italy,” he recalls, “buying coffee is an experience.” Everything from production — the performative, friendly baristas — to the casual, communal consumption felt so different at these mom-and-pop cafes.

Not exactly running into 7-Eleven for a grab-and-go cup of Joe on the way to work.

“That’s, for me, when the light switched to wanting to pursue and continue the legacy of the family business,” says the University of Denver alumnus. “Being able to hear people talk about how important family is to them really changed my perspective on where I want to work and the impact I want to make.”

And so, after graduating, he did not run toward a big agency in a big city. Instead, he headed to his hometown of Alamosa, Colorado, where his family has operated Blanca Networks for 95 years, a sister company to the now 30 year-old Jade Communications.

Jordan took a job as the company’s director of marketing, moving into an office just across the hall from his brother Josh (BA ’14), the director of operations.

“It’s really cool to carry the baton,” says Josh, who triple majored in philosophy, international studies and Spanish at DU. “Jade comes out of an old-school telephone company, so it’s really cool to take this to the next level with internet, with Wi-Fi, with fiber optics, with protecting kids from the nasty stuff during COVID, helping parents reinforce their value system. It’s so much more than it used to be.”

When the coronavirus slowed public life to a crawl, it also punched the accelerator on an innovation the Wehes had already been working to solve: Parents were struggling to monitor their kids’ internet activity and unglue their eyes from their respective screens.

But now, during the pandemic, working parents couldn’t keep an eye on their children, most of whom were no longer in a physical school environment.

“We needed to come up with a solution that people could trust, that is easy to use and that could enforce the rules of the home, whatever they may be,” Jordan says. 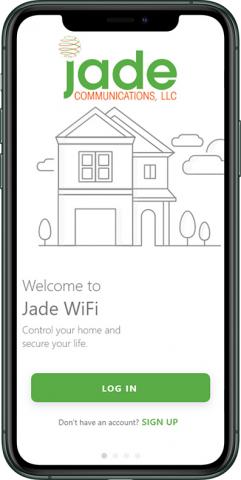 The mobile app Jade launched last year proved to be the solution. Parents can set limits on the amount of time a device spends on a certain app or website or restrict Wi-Fi access altogether during certain hours of the day.

An additional feature designed to boost productivity allows users to divvy up the available bandwidth in their home and channel it to specific devices or applications. For example, during business hours, a working parent could prioritize Zoom calls, while pushing all the power into Netflix or an Xbox in the evenings.

“We wanted to change the way people think about the internet,” Jordan says. “We wanted to actually help people’s lives and challenge the notion that everyone should hate their utility provider by instead partnering with them and helping them with their family or educational value system.”

The company certainly got some love from Calix Inc.: The telecom giant named Jade Communications one of its Innovators of the Year in 2020.

The Wehe brothers credit DU’s multidisciplinary focus for rounding out their entrepreneurial sides. A triple major in the arts, Josh says, taught him how to problem solve from different points of view. For Jordan, the outside-the-classroom learning opportunities demonstrated the importance of using business to impact the public good.

During the pandemic, both say they’ve learned lessons on the value of interpersonal communication. COVID may have demonstrated just how essential the internet has become, but Josh says it’s also revealed another truth: “You’re only as good as your relationships.”

“Technology and relationships have to work together,” Jordan adds. “[We’re working on] understanding our subscribers better, understanding their needs better and being able to meet them where those needs are.”