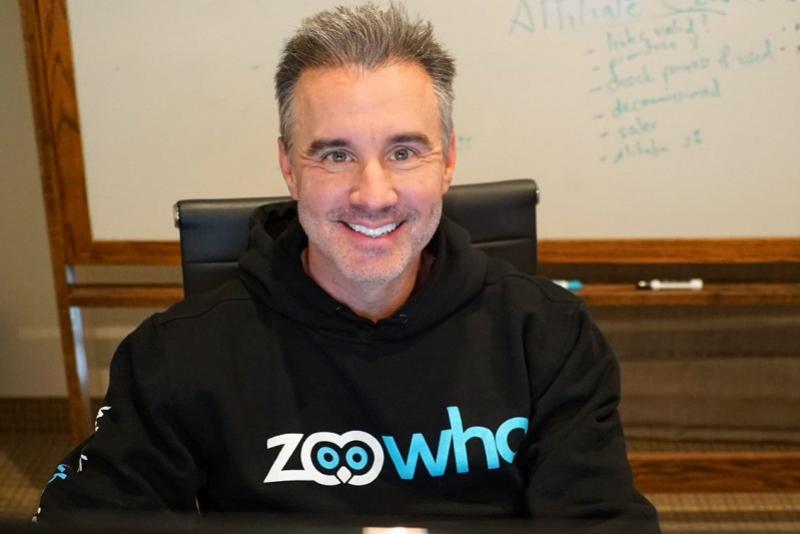 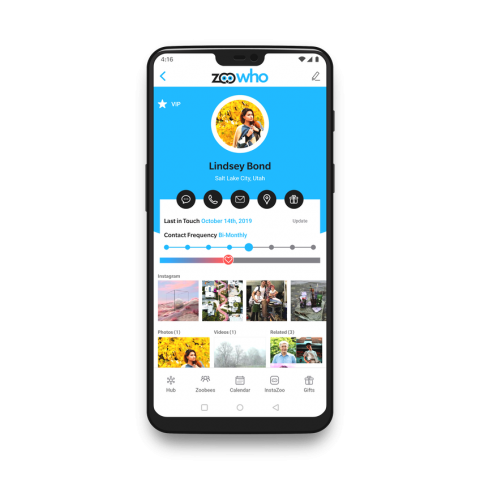 From the day his father brought home an IBM desktop computer in 1982, Sean Bair (EMBA ’06) has been searching for ways to make his life easier. As a high schooler, he programmed his computer to do his math homework and give him vocabulary quizzes. As a police officer, he created artificial intelligence software that predicted and prevented crime, making it easier to catch criminals.

And these days, as an entrepreneur, the University of Denver alumnus and former professor thinks he’s devised something to make him a better person.

“I am horrible at remembering people’s names, important dates or things that matter to them,” Bair says. “I didn’t like the fact that social media has reduced us to these sort of sterile relationships we have with people. They’re not deep; they’re surface level. I thought: ‘I need to get ahead of the game here.’”

The mobile app, which launched in September 2018, gives users the tools to nurture and maintain meaningful friendships. It’s like a social life secretary, with reminders of birthdays and anniversaries, a place to jot important details and a record of the last time each “Zoobee,” as they’re known, was in touch.

The app integrates with social media accounts and businesses, allowing users to send their friends gifts and cards with just a few taps. A variety of on-screen tabs keeps track of photos, goals and factoids.

“I forget those little details that spark conversation and pick you up where you left off,” says Bair, CEO of ZooWho Inc. “I really wanted an app that was going to help me be better at worrying about others, instead of worrying about me all the time.”

ZooWho is hardly a dramatic departure from Bair’s previous experience — after all, he made a career of analyzing and predicting human behavior. His first foray into the business world came as a police officer and crime analyst in Arizona, where he developed software for forecasting a crime’s time and place. It was so successful, and so many other agencies took interest, that Bair started a company.

“People are creatures of habit, essentially,” he says. “That’s about the best thing we can hope for when it comes to crime. If you’re going to rob a bank, you’re going to pick a bank where you think you’ll be successful.

“One of the things we found is that when you choose to rob [a series of] banks, you don’t go to the bank next door the next day,” he explains. “You start choosing spatially locations that you think you’re doing randomly that will throw off the cops, but in actuality, your spatial choices are very predictable. And when you start factoring in all of the variables based on behavior — how often [the robber] needs to hit, how much money he got — it’s easy to predict people.”

Pretty soon, Walmart, Macy’s and Walgreens were taking interest too, looking for ways to stop shoplifters and scammers. Then, in 2000, the University of Denver came calling.

Bair led the on-campus crime mapping and analysis program at the National Law Enforcement and Corrections Technology Center, then located on campus, to train law enforcement. In partnership with the Department of Defense, he developed strategies to predict the location of improvised explosive devices on the battlefield. Working in the Boettcher West building, Bair taught courses in spatial analysis and mapping, the very same skills he was using as he built out his own business.

He realized, however, he could stand to take some classes, too. He enrolled at the Daniels College of Business in its part-time Executive MBA program.

“I needed to get some more acumen,” he says. “I was struggling from a business perspective. I knew how to catch bad guys, but I did not know how to create a balance sheet. If you look at the trajectory of the company, the revenue line shoots up after getting my MBA because I really started getting a handle on things. The best thing I could have done for the company was for me to get my MBA.”

In 2014, Bair sold his company to Lexis Nexus, but he jumped back into ­business a few years later.

Working on ZooWho is just as rewarding, he says, but developing an app has been much easier than developing software.

“It’s a little ironic that I grew a big company as a result of trying to get out of work,” Bair says, laughing.

And with ZooWho, in a way, he’s hoping to do it again.