In 'Bunny,' Mona Awad takes readers inside an MFA creative writing program and a mean-girl clique

Once upon a time, on a bright day suitable for a walk in an enchanted arboretum, Mona Awad strolled across the University of Denver campus and encountered a cotton-tailed critter with prominent ears and a twitching nose. 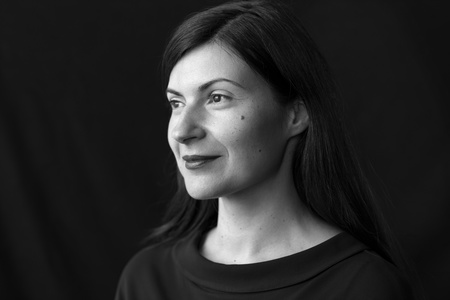 Most of us, late for a very important date, might have smiled at the lagomorph and rushed on. But Awad, then a student in DU’s doctoral creative writing program, did a double take and, before inspiration could scamper off, turned her writing life upside down. She ditched the story-cum-dissertation she was writing and embarked on what would become “Bunny” (Viking, 2019), her recently released satirical novel set in a creative writing MFA program.

“This ‘Bunny’ idea was in the back of my head, and I just took [the DU rabbit sighting] as a sign to switch [writing projects], and I never looked back. I wrote the first draft that very summer. It came so quickly. It really felt like a gift; it felt like one of those magical kind of serendipitous moments,” Awad (PhD ’18) recalls.

That magical moment has unfurled into magical weeks and months filled with small pleasures (among them, a book tour that included a stop at Denver’s Tattered Cover) and major triumphs (an interview with the Paris Review). In fact, “Bunny” had no sooner captivated critics (“a work of toothsome and fanged intelligence,” crowed the New Yorker; “a kind of pastel-toned goth lit,” gushed Time magazine) than big news broke in June: AMC Networks announced plans to adapt “Bunny” into a television series, with acclaimed playwright Megan Mostyn-Brown commissioned to write the pilot.

Like the novel, the show will follow the often-surreal exploits of a clique of female graduate students at fictional Warren University, a stand-in for Brown University, where Awad earned her own MFA. The cutesy but mean girls are known as the Bunnies, and Awad’s protagonist, Samantha Heather Mackey, is an outsider looking in. 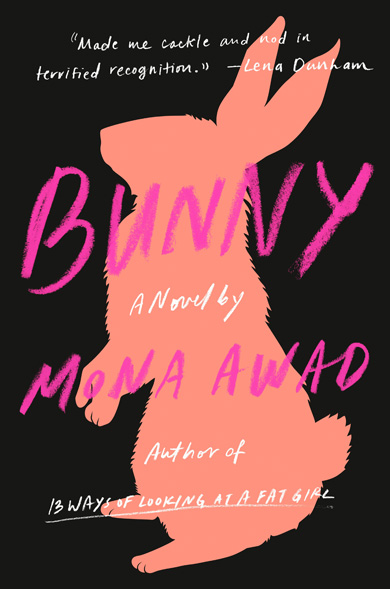 Where other writers might greet a television deal with mixed feelings heavy on trepidation, Awad is on board for the adventure. The series doesn’t yet have an airdate, but she is already looking forward to the process.

“I’m an executive producer,” she explains, “so basically I have the freedom to come into the conversation and to help with the creative development. I can choose to be a voice. Right now, I’m loving what the playwright is doing with the script, so I’m leaving it in her very capable hands.”

It will require extremely capable hands to capture the novel’s complexities, wicked humor and debt to fairy tales. One tale, in particular, loomed large as she plotted her book.

“There is a fairy tale about a rabbit bridegroom and it’s called ‘The Hare’s Bride.’ It’s by the Brothers Grimm, and it’s a very strange tale, one of the strangest of the beauty-and-beast variance for sure. It ends very mysteriously. I’ve always been fascinated by it,” Awad says.

By it and by bunnies. Why the latter? “Because they are one of those creatures that are just so adorable. And [bunny] is often used as a term of endearment. But to me there is also something potentially sinister about bunnies just in the way that they manifest in popular culture. There are a lot of embodiments of bunnies that are on the creepier side,” Awad says.

“Bunny” follows on the heels of Awad’s first novel, “13 Ways of Looking at a Fat Girl” (Penguin Books, 2016), which was written while she was at Brown and published to critical acclaim while she was pursuing her DU degree. It deals with questions of body image through the experiences of a young woman whose self-esteem is contorted by her dress size.

Awad’s fans won’t have to wait much longer for another page-turner. Now based in Boston, she is teaching and putting the finishing touches on her third novel, which she plans to submit for publication later this year.

“It involves Shakespeare and theater and chronic pain. So it’s kind of a cousin of 'Bunny' in that there is some magic in the book," she says. "But it’s also a cousin of '13 Ways' because it involves the body. It involves how a difficult struggle might pervade your everyday life.”