This article appears in the spring issue of University of Denver Magazine. Visit the magazine website for bonus content and to read this and other articles in their original format.

Laleh Mehran and Chris Coleman are partners in life and art. They’re professors in DU’s Emergent Digital Practices program, a groundbreaking fusion of digital art, design, culture and technology focused on building a better world. And they’ve put that vision to work in a joint artist residency at Denver Botanic Gardens.

As fans of the gardens, Mehran and Coleman were thrilled when they saw a call for applications for the residency. Each has had projects working with flora, so the opportunity seemed particularly intriguing.

While considering project ideas, they landed on one that focuses on the natural world’s significance throughout history and across cultures.

“We were thinking about our heritage, our backgrounds, where we were born, and trying to understand the connections between those places and where we are now,” says Mehran, who was born in Iran. Coleman was born in West Virginia. Today, they call Colorado home.

To begin their research, they wanted to understand how, over millions of years, some plants would be considered native and some have moved around. So they met with Panayoti Kelaidis, the gardens’ director of outreach and senior curator, to learn how plants travel.

“This is one of the more interesting revelations that we’ve had so far,” Coleman says. “Our initial thoughts were about how plants might be brought different places as seeds, as food, or passively mixed in with other things or even stuck on your clothes, and how that can carry plants around the world.

“It turns out that a lot of the plants that might be common across those three areas [Iran, West Virginia and Colorado] are from when the whole world was one continent.”

Mehran and Coleman learned that movement is less about plants being carried and more about plants living together and being separated as the world shifted into multiple continents.

“The Colorado mountains are actually quite new, and they happened after the continents separated,” Coleman adds. “Whereas the Appalachians and the mountains near Tehran are much older and have connections to each other, so you can find common flora.”

Even as they continue their research, the two are contemplating a poetic unpacking of the history of a couple of plants.

“We’re looking at one plant that’s been treated as food in lots of different cultures, and some other plants that maybe are more prehistoric, like ferns,” Coleman says. 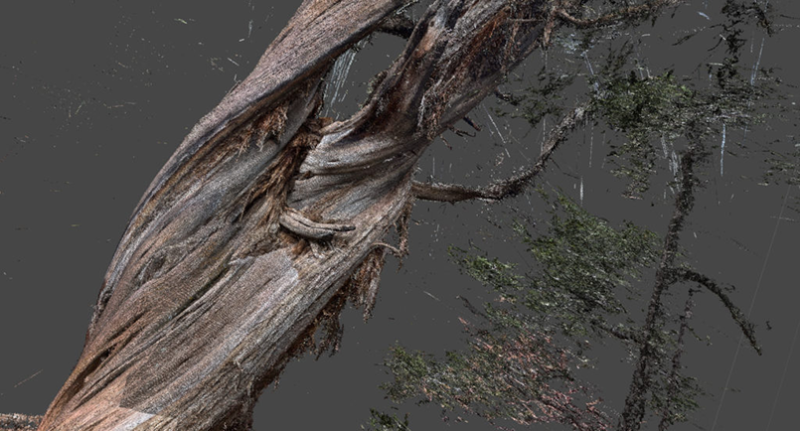 Using photogrammetry, they will 3D scan some of the plants, dried samples and sproutlings growing at the gardens, to capture them at different stages of development. They envision combining the 3D scans with poetic text to create videos, which they hope to display on a new 30-foot-long video wall at the botanic gardens and at other locations, such as the Daniels & Fisher clock tower in downtown Denver. (Mehran already has a relationship with Night Lights Denver, which curates and projects art on the clock tower. The two joined forces to showcase her students’ work.)

“I think it would be really beautiful to not just have this information about plants displayed at the botanic gardens, but also to have it downtown telling a story on the clock tower. I think that would be really powerful in public,” Coleman adds.

This isn’t the first time the two have worked together. The world-renowned artists have joined forces on exhibitions from Dubai to Taiwan to Argentina. In 2015, to name just one notable collaboration, the pair was invited to contribute a piece to Denver’s Biennial of the Americas. Their new media art installation, titled “Unclaimed,” explored the movement of air using 200 tiny fans covered by a thin sheet of plastic to represent air flow, a cityscape of roughly 200 buildings built by a 3D printer, and a light system to show the city through a 24-hour cycle. The interactive installation invited viewers to contribute to the air flow using their own breath. “Unclaimed” spoke to the ways everyone around the world is responsible for the air we breathe and share each day.

Since beginning the residency, Mehran and Coleman have come to see the Denver Botanic Gardens as more than a place to enjoy a beautiful stroll, learn about new floral specimens and delight in carefully curated plantings. They now regard it as a repository of valuable information and a laboratory for learning.

Mehran says the residency has opened doors. “The depth of research and passion of the scientists at the Denver Botanic Gardens is really profound,” she says. “We could spend months with one person and barely scratch the surface.”

Coleman agrees. “One of the amazing things about the residency has been learning that they’ve got an in-house art gallery. They also have an amazing library. One of the things we found in the library was an encyclopedia of the plants of Iran with thousands of hand-drawn illustrations. This isn’t just a garden. It’s a full-fledged museum; it’s a store of human knowledge with humans seeking knowledge and then sharing it.”