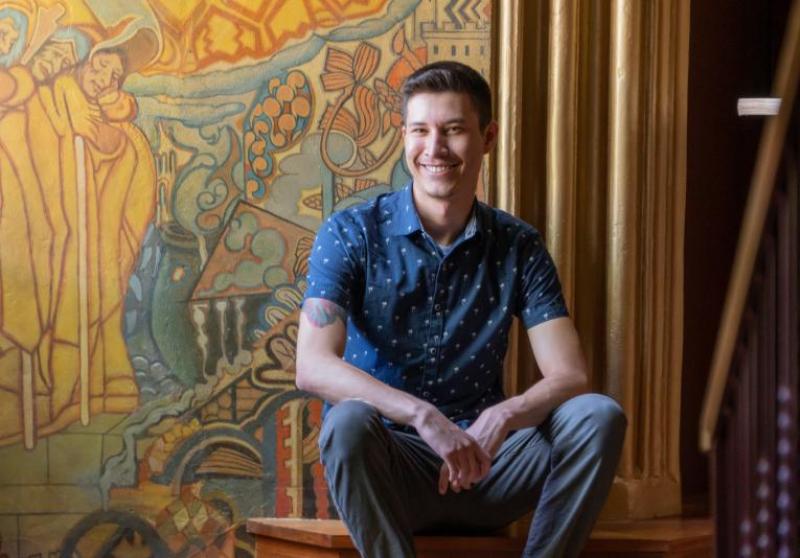 As a sophomore at the Red Cloud Indian School on the Pine Ridge Indian Reservation, Brennon Murdock found a friend in his bus driver, Viki Eagle, now director of the University of Denver’s Native American community relations and programs. She would make sure Murdock got home safely, even when he’d fall asleep and miss his stop, and she’d always wave to his mom.

“I never knew then how important a role Viki would play in my life,” says Murdock, who is a member of the Oglala Lakota and Yurok Native American tribes. This week, thanks in part to Eagle’s wise counsel, he will graduate from DU with a bachelor’s degree in business management — reportedly the first Red Cloud graduate to do so.

While working at the South Dakota school, Eagle introduced a Native American student scholarship to the high school. That very scholarship allowed Murdock to picture himself as a college student. Since enrolling at DU, Eagle has been with him nearly every step of the way.

Murdock’s time at Red Cloud proved to be great preparation for college life and work. A historic Native American boarding school founded by the Jesuits, its mission traditionally focused on the assimilation of Native children. Today, Red Cloud, like many other historic boarding schools, has flipped that script and is dedicated to preserving tribe values. Throughout his time at Red Cloud, Murdock studied the Lakota language and culture, and saw the integration of both western and Lakota cultures. For example, he attended Catholic mass, but also traditional sweat, or Inipi, ceremonies.

Today, many of the Native American students at DU come to campus with similar educational preparation. In fact, more than half of the current members of the University’s Native Student Alliance (NSA) attended these historic boarding schools or other 100% Native institutions, Eagle says, noting the courage it takes for these students to move into predominantly white environments. She is working to cultivate relationships with schools like Red Cloud, the Santa Fe Indian School, St. Joseph’s Indian School, St. Francis Indian School and the Native American Community Academy.

Murdock was drawn to DU for the opportunities it offered, particularly its study abroad program. He spent part of his senior year taking classes in Japan. “Coming from a small town reservation, you get told a lot that you aren’t going to be able to see a lot of the world,” he says. “When I got that chance, I was like ‘Hey, I’m finally here.’ My feet are on this soil on the other side of the planet. It was a surreal moment where I realized a lot of hard work does pay off.”

By the time Murdock found himself in Japan, immersed in a new language and culture, he was already used to adjusting to new ways of life. “I had a bit of a culture shock coming to Denver from my community,” Murdock says. “The Pine Ridge Indian community has a lot of tradition and a lot of Native Americans and it’s just a different culture — the slang, the accent. Just coming from there to Denver was this overwhelming thing.”

Murdock recalls telling his grandpa about the constant sirens and fast-moving city — and about settling into a new school for the first time since childhood. He also remembers what it felt like to be a minority student on a majority white campus. “When I came here, there was something like 0.5% Native American students. There weren’t a lot of familiar faces,” he says. “Not that that’s a bad thing, but you sometimes might not feel included compared to your past environment.”

Eagle attributes the success of Native American students at DU to a resiliency that has defined Native people for hundreds of years. “There are all these barriers that have told them they’ll never make it, but they are still here,” she says. “It’s been 500 years of surviving a government that tried to erase us. We have survived genocide, we have survived reservation, imprisonment — all of these things.”

Though his time at DU was marked by difficult moments — among them, personal and academic challenges, a protest related to the Dakota Access Pipeline and classroom microaggressions — Murdock drew on words from back home for strength. “For the most part I’ve been able to share my culture, as well as learn from others' cultures,” he says. “I learned from my dad that you always have one thing to learn from someone and one thing to teach someone.”

During difficult moments, Murdock found community among students in the NSA. “You have the NSA as a resource, so you have those people who can relate to what we call ‘rez’ humor, or things not a lot of people can relate to who are from outside the reservation,” Murdock says.

And during celebratory moments, he turned to that community once again. Most recently, at DU’s New Beginnings Pow Wow, Eagle honored graduating Native students with a public blanket ceremony. “We have a culture where when you receive a blanket, [it] is one of the highest honors you can receive,” Eagle says. “Only 13% of [the Native American] population has a bachelor’s degree, which is statistically lower than other ethnic groups. This shows that our students are graduating and community members see that their Native students are coming here and being successful.”

As his time at DU winds down, Murdock looks toward a future he says is in his blood. He plans to move back to Pine Ridge to work in the family electrical business, started decades ago by his grandfather with just his truck, tools and Navy experience. He also hopes to pursue his MBA at DU and ultimately work in renewable energy.

“My long-term goal is to help bring sustainable energy to South Dakota and help the reservations with a renewable model,” Murdock says. “In my community, the planet is really important to us, and I’d really like to try to make a more sustainable future.”

What’s more, he plans to bring one of his greatest passions — snowboarding — to young people on the reservation by starting a nonprofit. “The Black Hills are a very sacred place to our people, and they were stolen from us. Whenever I was there, I always felt a very strong spiritual connection and just a personal confidence,” Murdock says. “I want to help the youth feel the same feeling.”

Next year, Murdock’s sister will become the second student from Red Cloud to study at the University of Denver, and her brother has a bit of advice: “Just enjoy the fact that you’re alive and breathing on a college campus and able to help to further the future for Native Americans — the future that was taken so long ago, but that we are working to rebuild together.” 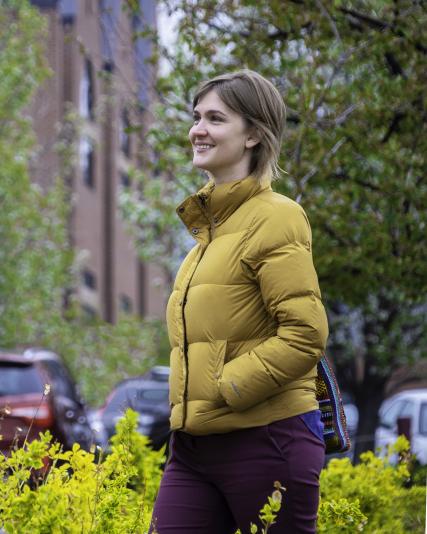 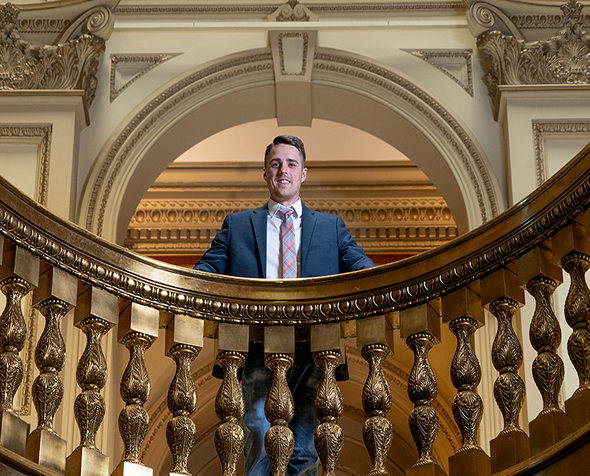 From DU to the Colorado State Capitol 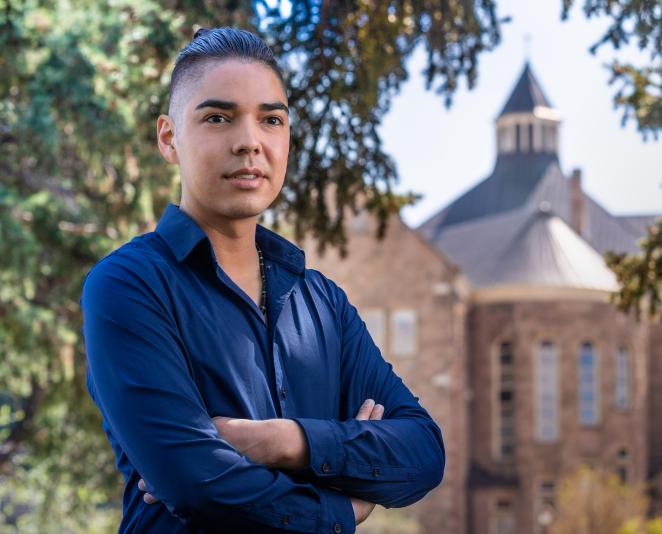