Freeman A. Hrabowski III to Share Stories of Life and Leadership at Undergraduate Commencement 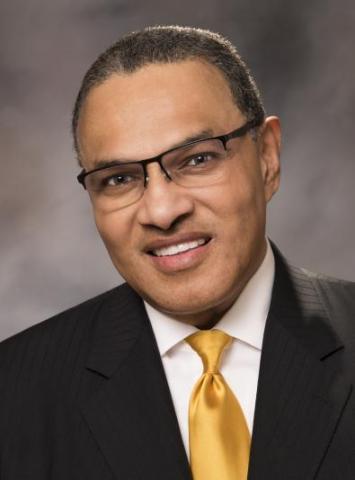 “I am a Southerner, and we Southerners love stories,” says Freeman A. Hrabowski, III.

On Saturday, June 15, Hrabowski, president of the University of Maryland Baltimore County (UMBC) and a nationally renowned leader in higher education, will deliver the 2019 Commencement address and share some of his famous stories with DU undergraduate students and their families. The event will take place in Magness Arena in the Ritchie Center for Sports & Wellness.

Since 1992, Hrabowski has helped build UMBC into an institution recognized for innovation and teaching, and for engagement with the community in the Baltimore area. His leadership, particularly in boosting minority participation in STEM fields, has captivated the likes of former President Barack Obama, who named Hrabowski chair of the President’s Advisory Commission on Educational Excellence for African Americans and TIME Magazine, which listed him among the 100 Most Influential People in the World.

In 2008, Hrabowski was named one of “America’s Best Leaders” by U.S. News and World Report, and he’s always willing to share his insights on the topic. “When they ask me what’s important when thinking about being an effective leader, I begin by saying, ‘authenticity,’” he says. “Over the years I’ve found that by being sincere with people and telling them what I don’t know and what I believe, and by showing a true interest in understanding the perspectives of others, people have respected me and trusted me, and we have been able to lead together.”

Although his accomplishment-rich life story turns heads, Hrabowski’s address won’t be an ode to all he has achieved. Instead, he hopes to impart a hopeful message to students about the power of education, grit and relationships.

“They need to know that everything will be OK. It’s so easy to focus on all of the challenges and to think it will not be, but in every generation, we go through periods of challenge,” he says. “What’s most important is the power of the human spirit to transcend those challenges.”

Hrabowski would know. At just 12 years old, he was arrested for participating in the 1963 Children’s Crusade, a march led by the Rev. Martin Luther King Jr. in Hrabowski’s native Alabama. The lessons of the Civil Rights Movement resonate with Hrabowski even today, and he plans to share them with DU students as they begin to face new tests.

“Part of my own story is [I was] a child leader in the Civil Rights Movement in Birmingham about 50 years ago. Empowering children can help us be better than we ever thought we could be,” he says. “The lesson I learned is that tomorrow can be better. We must not give up hope, and we must continue to believe in ourselves.”

Before preparing his remarks, Hrabowski took the time to speak with several DU students, learning more about their own stories, dreams and values. He does this before every graduation address he delivers. With each new story shared, Hrabowski says he grows more hopeful for the future.

“I love the fact that students want to be involved in the lives of other people,” he says. “I see students all the time who want to get involved in service, students who believe in social justice, who believe in narrowing the inequality gaps in education and income and health care. I am inspired by the passion that I see among students when thinking about what they can do to make a difference.”

Growing up in a household with educators as parents, and spending time with underprivileged young people in the inner city of Baltimore, Hrabowski has seen firsthand just how powerful access to education can be. “All my life I have been focused on how we help more children to love to learn,” he says. “To love to learn, to read and think critically, to be able to listen carefully — these are the skills and habits of mind we develop in education.”

That’s why he has dedicated so much of his life to expanding that access and to encouraging those who have it to use it wisely. “Fifty years ago when I was a kid marching, only about 10% of Americans had graduated from college. Today over 30% have graduated from a four-year institution. However, for some groups, that percentage is still very small,” Hrabowski explains. “We are one of the least impressive among the industrialized nations in moving somebody out of poverty through college. I believe that it’s part of our commitment as an American democracy.”

Hrabowski hopes his key messages — about the power of education, of young people and of stories —stick with DU’s graduating seniors, just as the wise words delivered at his own Commencement stuck with him. The remarks of Congressman Adam Clayton Powell Jr. and Shirley Chisholm, the first black woman elected to the U.S. Congress, still inspire him today.

“I was on my way to the University of Illinois in mathematics, and I was really worried, not knowing if I was going to be really well-prepared. It would have been the first time I would have been in class with white children,” Hrabowski remembers. “Their belief in me — telling me I could do it — was really important. … The message I remember more than any other is that we were going to be more successful and do more in our lives than we could ever imagine.”