Graduates of DU's Arts, Humanities & Social Sciences have gone on to become artists, business leaders, government officials, musicians, healthcare professionals, and authors. Some you may recognize by name, while others may not be as well known. Thousands are making an impact on their local and global communities.

Of our more than 27,000 alumni, over 10,000 are living and working in Colorado. We sat down with four Colorado alumni who are committed to bettering their communities through local government. Each has dedicated their time and energy to public service in hopes of making a meaningful difference in the lives of others. 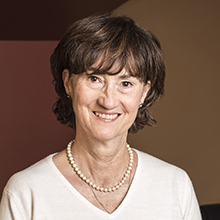 While completing her PhD in communication studies, Linda Olson (PhD '05) conducted research and interviews out in the community that gave her a firsthand glimpse into the work of public officers. She was inspired by their dedication to building better communities. As Director and Faculty of DU's Pioneer Leadership Program, she believes in citizen leadership and wanted to live up to the ideals that she teaches her students.

Olson said she and her peers on city council have helped make the community more attractive, healthy, and accessible through thoughtful development and renovations. In addition, she feels she has been a strong voice on affordable housing and fought for change that allowed Craig Hospital to grow and create a state-of-the-art spinal cord and traumatic brain injury center.

"I'm proud of the work that I've helped accomplish as a member of city council—even when some decisions aren't always the most popular, but make the most sense for the community and for the future of the community," Olson said. "I am compelled to create a better community for my fellow neighbors and any future residents of the city." 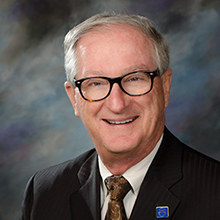 Since studying political science at DU, Steve Hogan (BA, '70) has always been interested in being involved in politics. Over the course of his forty-year career, he has run for positions at the local, state and federal levels, serving one term in the Colorado House of Representatives and six non-consecutive terms on the Aurora City Council before being elected mayor in 2011.

With the opportunity to address local issues, Hogan said he has been working to change the impression of the city through a beautification project to create an urban forest of more than one million trees in the city. As Aurora is one of the most diverse communities in the country, he also said he pushed for the creation of the Immigrant Refugee Commission to give refugees a greater voice in the community.

"Being able to tackle local issues through collaboration and solution-driven strategies rather than party affiliations is incredibly satisfying to me," said Hogan. "I believe that as mayors, city councils, or local leaders, we have the greatest opportunity to really get something accomplished." 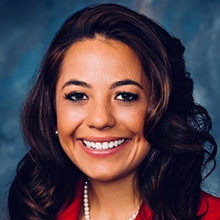 At the age of 23, Jordan Sauers (BA, '14) became Colorado's youngest elected official after being elected to Northglenn City Council in 2015. A Daniels Fund Scholar, she became the first member of her family to earn her college degree, double-majoring in sociology and communication studies, and is now pursuing her master's degree in public policy.

Sauers said she decided to run for office because she wanted to see more women represented. Inspired by the great women before her, like Hillary Clinton, she wants to encourage and support other candidates from underrepresented groups in pursuing public office.

"I want to make sure that the council is representative of everyone," said Sauers. "When I'm out meeting with my community, listening to their needs and fighting for change, I feel like I'm doing my part to make sure they are represented and to make their world a better place." 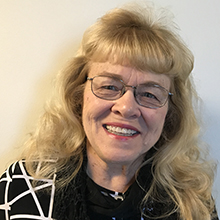 Doris Truhlar (MA '70; JD '80) served on the Centennial City Council representing District 2 for four years. After earning her bachelor's in journalism from the University of Missouri and her master's in mass communication from the University of Denver, Truhlar worked as a reporter covering local government in Missouri, Oklahoma and Colorado.

Through her experience, she saw how big of an impact local government could have on the day-to-day lives of residents. After being elected to council in 2013, Truhlar said she helped make significant budget changes to allow for the improvement of Centennial's streets and sidewalks, making it easier for residents to get around.

"As a city council member, it was always very important to ensure that we made appropriate and wise financial decisions in order to better the lives of our residents," she said. "I'm not going to let losing a re-election stop me. I'm not ready to give up on doing things that benefit my community."