Alumni Impact on the Arts

Graduates of DU's Arts, Humanities & Social Sciences have gone on to become artists, journalists, government officials, musicians, healthcare professionals, and business leaders. Some you may recognize by name, while others may not be as well known. Thousands are making an impact on their local and global communities.

As a part of our Alumni Impact series, we sat down with alumni from our theatre, music and art programs. Patricia Aaron, Kevin Padworski and Tony Ryan share their journeys from DU students to working artists, and how they are making a difference in their communities through the performing and creative arts. 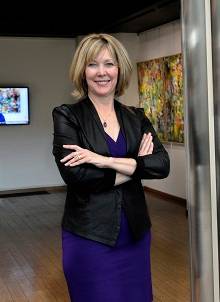 While living in Germany and working toward her undergraduate degree in business management, Patricia Aaron (MFA '98, studio art) indulged her passion for art and theatre. Upon returning to the United States, Aaron continued her study of art at the School of the Museum of Fine Arts Boston and began exhibiting her work and teaching.

Aaron pursued her master's in fine arts at DU so that she could refine her work in both painting and sculpture, as well as teach. After graduation, she taught college courses for 11 years before starting her own studio, where she dedicates time to creating and growing her art practice. As an artist, Aaron makes every effort to immerse herself in local communities when she travels, and then incorporates her conversations, experiences, and discoveries into her artwork.

As an educator, Aaron strives to give her students 100%, to test and push them through dialogue and inquiry, and to give them a rich experience inside and outside the classroom. She credits this teaching style to her own mentors at DU, Professors Deborah Howard and the late Lawrence Argent, who she felt gave much to their students.

Kevin Padworski, Assistant Conductor and Technical Coordinator for the Colorado Children's Chorale and Artistic Director of The Colorado Chorale 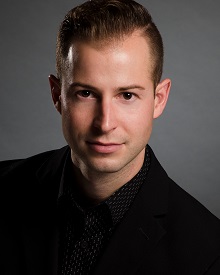 Since childhood, Kevin Padworski (MM '13, choral conducting) has been studying music, training in multiple disciplines including piano, voice, saxophone, organ and composition. He decided to pursue a career in the performing arts not only because of his passion for and the educationally and emotionally enriching qualities of music, but also because he values spontaneity and the challenges music presents.

Padworski learned the power of practice and reaching for the highest form of artistry from his undergraduate saxophone/clarinet professor. "He remains a significant and ongoing role model for my musical life today," Padworski said. "Everyone who knows him or has heard him perform will attest that he is a true, modern day virtuoso, and he taught me to aim for that and expect it from myself. I'll always be grateful for that model because it pushes me to work harder, take personal risks, and never settle for anything less than excellence."

As a musician, Padworski hopes his performances introduce people to new music and offer a lens through which people experience art. As a conductor, he hopes to inspire audiences to seek beauty and be changed by it. As a composer, he hopes to spark creativity and new appreciation for the cities in which people live (as through the composition he wrote for the City and County of Denver Building's bell tower). 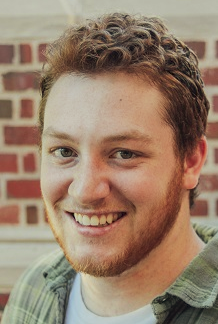 Tony Ryan (BA '15, theatre) was "bitten by the theatre bug" in his adolescence and honed his craft throughout high school, landing a scholarship to study theatre at DU. He was drawn to the sense of community that fellow players develop as they rehearse and get to know one another. "The ability to share your work with an audience is icing on the wonderful cake that is performance art," he added.

Ryan decided to start his own theatre company after realizing he would need more directing experience in order to get into graduate school. With the help and mentorship of his professor, Steven McDonald, Ryan not only landed a position at the Newman Center after graduation, but also successfully founded Pipedream Productions with five of his fellow theatre alums.

"Steven McDonald has been invaluable as a resource from day one of starting the company," said Ryan. "His insights into the workings of theatre are vast and his willingness to impart his knowledge is tantamount to the success Pipedream has had so far. I would attribute most of our success to his help."

Ryan would like to help the theatre community grow, and through the work of Pipedream Productions, he hopes to foster an interest in theatre among younger audiences.